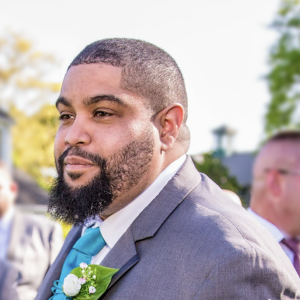 Andres was born in Santo Domingo, DR, he came to the US as a small child. Andres has lived almost his whole life in Boston, growing up in different neighborhoods like Jamaica Plain, Roxbury, Mission Hill, but most prominently Dorchester. He now resides in Randolph, MA. He graduated with an AS in Computer Technology from Benjamin Franklin IT in Boston, and got an Automotive Degree from UTI-Norwood campus. He has worked in mostly Microsoft Windows environments since high school. Before joining Emerson College in November 2016, Andres had worked for automotive companies like Firestone and Toyota, as well as Desktop Support positions at Blue Cross Blue Shield, Harvard School of Public Health, and AppNeta. In his spare time, Andres is an avid video game player (mainly on PS4), has an active podcast with longtime friends, has two pit bulls, Oso and Nova (who love to snuggle and get showered with attention), and can be found sometimes in his favorite bar near Fenway on weekends.