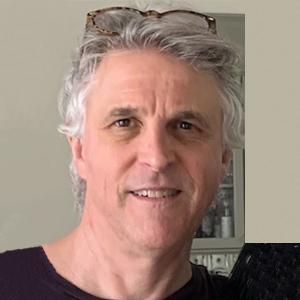 His first book, Make It New: Reshaping Jazz in the 21st Century, was published in 2019 by Lever Press and is available in paperback and open access editions. DownBeat magazine called Make It New “a rewarding book that examines some of the key voices directing contemporary jazz.” “In detailing the various meeting points among all of his subjects, Beuttler establishes not so much a sense that jazz is a small world, but that those who reach its creative heights are more alike than different,” wrote reviewer Chris Barton. “From [Esperanza] Spalding’s sharp, sometimes contrarian conversations with Beuttler on creativity and society, to the author’s discussion with [Robert] Glasper around a visit to [Jason Moran's] home in Harlem that seemed near-sacramental with its mix of painting and dinner, Make It New confirms that this is a unique moment in time to be alive and listening to jazz.”

Before joining Emerson, Beuttler spent three years covering jazz for The Boston Globe, which he continues to do occasionally, and teaching journalism at Boston University. His magazine work includes stints as a senior editor at the Discovery Channel, Men's Journal, and Boston magazine, and as an associate editor at DownBeat and American Way. He has also been published in JazzTimes, Jazziz, The Atlantic, Esquire, Chicago magazine, The Boston Globe Sunday Magazine, Sports Illustrated, Travel Holiday, Cooking Light, The Atlanta Journal-Constitution, and The New York Times Book Review.

Beuttler, a Chicago native, broke into journalism as a police reporter at the legendary City News Bureau of Chicago. His first teaching job was as a visiting professor of magazine journalism at Ohio University's E.W. Scripps School of Journalism. He also spent a summer at the American University of Beirut supervising a journalism program designed by journalist and former hostage Terry Anderson. Profile of composer, multi-instrumentalist, and professor Tyshawn Sorey to preview his residency and concert at New England Conservatory. https://www.bostonglobe.com/arts/music/2019/09/26/tyshawn-sorey-forcefully-pushes-past-boundaries-between-classical-and-jazz/2hhNOZscZaywwabWbe4W3O/story.html

Profile of British saxophonist Shabaka Hutchings, Sons of Kemet, and their album Your Queen Is a Reptile. https://www.bostonglobe.com/arts/music/2018/09/20/hutchings-and-sons-kemet-flavor-their-jazz-with-just-about-everything/EQQKJkfIYw0frlOFbzf0sJ/story.html

Profile of Pulitzer Prize-winning composer Henry Threadgill in advance of a performance with his band Zooid at the 2017 Newport Jazz Festival. https://www.bostonglobe.com/arts/music/2017/08/02/jazz-master-henry-threadgill-ready-for-anything-newport/RkVayJt0z59JcUVK55YbKP/story.html

Profile of guitar virtuoso Julian Lage as he introduced his new trio. http://www.downbeat.com/digitaledition/2016/DB1604/40-41.html

Profile of Robert Glasper as he released the star-studded crossover album that earned him his first Grammy, Black Radio. https://jazztimes.com/features/profiles/robert-glasper-renegade-of-funk/

Profile of Massachusetts Congressman Seth Moulton as he launched his short-lived run for the presidency. https://www.bostonmagazine.com/news/2019/06/11/seth-moulton/

Profile of Massachusetts Senator Scott Brown as he runs against challenger Elizabeth Warren in the most-watched senate race in the country. https://www.bostonmagazine.com/2012/08/28/scott-brown-vs-elizabeth-warren-profiles-senate-race/

Interview with novelist and lawyer Scott Turow on his Ultimate Punishment and how he came to oppose the death penalty. https://www.theatlantic.com/past/docs/unbound/interviews/int2003-12-10.htm

Profile of Nobel laureate Saul Bellow and the 50th anniversary of his breakthrough novel, The Adventures of Augie March. http://www.billbeuttler.com/augie_s__i_march__i__14915.htm

Profile of newly appointed artistic director Robert Woodruff as he began his run at the American Repertory Theatre. https://www.bostonmagazine.com/2006/05/15/the-provocateur/

Americans in general — and Bostonians in particular — are overworked. John Kenneth Galbraith, Robert Reich, and other local experts discuss why ... and what to do about it. https://www.bostonmagazine.com/2006/05/15/we-work-too-hard/