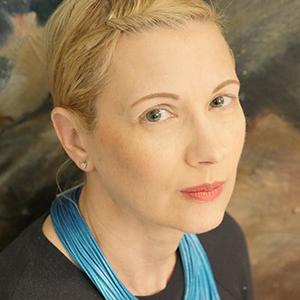 Cher Krause Knight is an art historian focused on modern and contemporary art and architecture. She is a specialist in public art and museum studies.

Dr. Knight was honored as Distinguished Alumnus/Scholar by Tyler School of Art/Center for the Arts at Temple University in 2014. She has been twice awarded the Gemmill Research Fellowship at the Michener Museum in Doylestown, PA, and was Emerson College's 2006-2007 recipient of the Mann Stearns Distinguished Faculty Award. She is the co-founder of Public Art Dialogue, an international professional organization devoted to providing an interdisciplinary critical forum for the field. She also co-founded the journal Public Art Dialogue (published by Routledge/Taylor & Francis), was its co-editor through Spring 2017, and now serves on its editorial board. Additionally Professor Knight is on the advisory board of Now + There (a nonprofit organization dedicated to bringing temporary and site specific public art to Boston), and is a board member of Boston Art Review (an independently published contemporary art periodical). She served as the Memorial/Public Art Research Advisor for the One Boston Resilience Project (Boston Art Commission and Mayor's Office of Arts + Culture, City of Boston), as well as the Public Art Scholar on the Art Committee for the Martin Luther King, Jr., and Coretta Scott King Memorial (Boston Art Commission, City of Boston, jointly with King Boston nonprofit organization). Dr. Knight is currently on the visual arts team for the Humanities and Human Flourishing Project (University of Pennsylvania), for which she serves as public art researcher and co-author.

Essay, The Artist as Curator