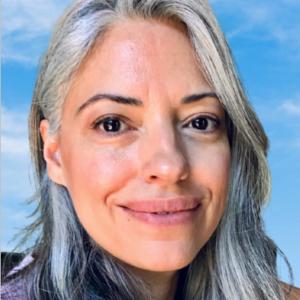 During her career, Cindy specialized in race relations and cultural affairs at The Detroit News, wrote provocative columns on the intersection of culture and politics for The Denver Post, and covered immigration and demographics for The Boston Globe.

She has been published in The New York Times, ABCNews.com, The Village Voice, The Huffington Post, Latina Magazine, and Time magazine, among other publications.

In 2011, she received a fellowship from the International Center for Journalists to travel to Israel to work on a reporting project on Orthodox Jewish gay men. A video and text piece on one of her subjects was published in Time.

She was the Youth Editor at The Syracuse Newspapers, overseeing a professional staff of three and 50 high school correspondents. Cindy has also run numerous journalism bootcamp programs and workshops.

She has been a board member of Unity, Inc.: Journalists of Color. For four years, Cindy sat on the board of The National Association of Hispanic Journalists (NAHJ), the last two as Vice President of Print.

She is the current president of the New England chapter of NAHJ and in 2022 won NAHJ’s national Chapter of the Year.

Cindy has won numerous accolades, including First Place Award for Best Serious Columnist from the Colorado Press Association, and won a New York State AP Award for column writing. She also won a national award from the National Association of Black Journalists for her work on a series about the 40th anniversary of the 1967 riots in Detroit. She is a 2000 National Press Foundation Fellow and a 2015 Whiting Fellow. The Whiting Fellowship helped her lay the groundwork for Emerson's first study-abroad program in Cuba. The students in the class she co-taught produced these stories: https://word.emerson.edu/reimaginingcuba/