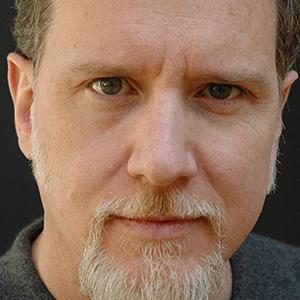 Daniel Tobin is the author of eight books of poems, Where the World is Made, Double Life, The Narrows, Second Things, Belated Heavens (winner of the Massachusetts Book Award in Poetry, 2011), The Net (2014), From Nothing (2016), and Blood Labors (2018). The New York Times named Blood Labors one of the Best Poetry Books of the year for 2018. He is also the author of the critical studies Passage to the Center,: Imagination and the Sacred in the Poetry of Seamus Heaney, Awake in America and On Serious Earth: Poetry and Transcendence, a collection of essays. He is the editor of The Book of Irish American Poetry from the Eighteenth Century to the Present, The Selected Poems and Lola Ridge, Poet's Work, Poet's Play: Essays on the Practice and the Art, and To the Many: The Collected Early Works of Lola Ridge.  The Stone In the Air, his suite of versions from the poetry of Paul Celan, appeared from Salmon Poetry (Ireland).

Among his awards are the "The Discovery/The Nation Award," The Robert Penn Warren Award, the Robert Frost Fellowship, the Katherine Bakeless Nason Prize, the Massachusetts Book Award, the Julia Ward Howe Award, and creative writing fellowships from the National Endowment for the Arts and the John Simon Guggenheim Foundation.

His poems have appeared nationally and internationally in such journals as The Nation, he Harvard Review, Poetry, The American Scholar, The Paris Review, The Southern Review, The Sewanee Review, The Hudson Review, DoubleTake, The Kenyon Review, Image, The Times Literary Supplement (England), Stand (England), Agenda (England), Descant (Canada) and Poetry Ireland Review. His essays on poetry have appeared widely in books and periodicals on both sides of the Atlantic.

His work has been widely anthologized in such venues as Hammer and Blaze, The Bread Loaf Anthology of New American Poets, Poetry Daily Essentials 2007, Broken Land: Poems of Brooklyn, Third Rail: The Poetry of Rock and Roll, The Norton Introduction to Poetry, and The Best American Poetry. He has also published numerous essays on modern and contemporary poetry in the United States and abroad.