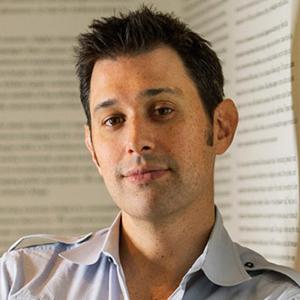 David Gerzof Richard is an entrepreneur and public relations executive in addition to his position at Emerson.

At Emerson, David develops programs that connect the College's Communication Studies Department with brands and innovators outside the school. He regularly experiments with, and explores a variety of communication strategies, mediums, tools and technologies as they relate to brands, campaigns, and society. David teaches courses in guerilla public relations, sports PR, political communication, speech writing, thought leadership and global public relations. Under David's supervision, his "real-world" course work has seen the development and execution of student run PR campaigns for innovative brands like: RunKeeper, TaskRabbit, Art Lifting and Pill Pack. In 2007, David established the social media marketing Course at Emerson College, a first-of-its-kind class, which was profiled in the Wall Street Journal. His sports communication courses are known to have drop-in lecturers who include the likes of: Chad OchoCinco, Rob Gronkowski and Julian Edleman.

In addition to running BIGfish, he is a limited partner at GreatPoint Ventures, a lecturer at Harvard University, a mentor at TechStars and a curator for Summit Series in Boston.

His Twitter handle is @DavidGRichard and his professional profile can be found on LinkedIn.