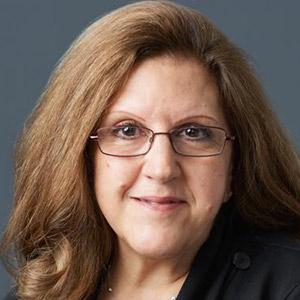 / Home
/faculty-staff-directory Faculty & Staff Directory
Diane Mermigas
Address 120 Boylston Street, 6th Floor Boston, MA 02116
Email Email diane_mermigas@emerson.edu Telephone 6178248805 Link Website
“It is exciting and empowering to work every day to connect the dots of a vibrant and critically important media business for next generation journalists who are eager to build on the industry's proud legacy.“

Diane Mermigas applies the knowledge, skills and high-level sources of her distinguished 35-year career reporting on entertainment, media and Internet businesses to teaching at Emerson College and to writing books.

Bringing her real-life reporting experience and passion to the classroom in two special topics courses she created—Women in Journalism and Business Reporting—represents a unique opportunity to address timely industry issues and challenges. After a lively examination and discussion of some of the best journalism in both courses, students identify, master and integrate new skills, concepts and views to improve their competence and competitiveness. Mermigas invites other seasoned professionals to share their perspectives and lessons as guest speakers.

She coauthored The Wright Stuff, Bob Wright’s leadership autobiography (Rosetta, 2016). It focuses on the principles he used as NBC Universal chairperson and chief executive officer, and as founding chairperson of Autism Speaks. She is coauthoring When Television Came of Age (working title), a scholarly compilation of great interviews and milestones that explore the innovative people and dynamics that brought ordinary TV into the realm of interactivity in the 1970s, 1980s, and beyond. The book taps scores of interviews Mermigas held with media and entertainment power-brokers during major industry events and changes over three decades. Her collaborator, Ron Miller, who interviewed top directors and performers during that period, helps her to draw stark parallels to today's streaming sea change.

In the past, she has been an adjunct professor of new media studies at DePaul University in Chicago, and a strategic consultant to a variety of service providers such as Yankee Group, Velocity, PricewaterhouseCoopers, NBC and GE.