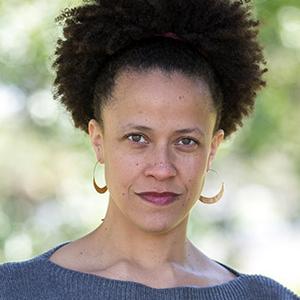 Lizzy Cooper Davis is an artist and scholar interested in how the arts can facilitate community conversation, resistance, and change. She is particularly focused on Black freedom movements and has conducted research in Cuba, Brazil, and New Orleans. Her recent research on Black cultural organizing in the U.S. from the civil rights-era to the present was supported by a Ford Fellowship and hosted by Harvard’s Music Department. Other recent projects include works at Jacob's Pillow Dance as part of "Pittsfield Moves," a year-long community engagement project led by Angela’s Pulse with artists and activists in Berkshire County, and with the Dance and Social Change Working Group led by Jawole Willa Jo Zollar and Liz Lerman. She also works as a consultant on Black cultural history and arts- and values-based organizing with the Urban Bush Women. She has trained with Augusto and Julian Boal and used their methods in schools, community centers, and prisons, and was the Facilitation Trainer for Anna Deavere Smith's Notes From the Field: Doing Time in Education at the American Repertory Theater, a facilitator for the community engagement initiative for Claudia Rankine's play The White Card co-produced by the A.R.T. and ArtsEmerson, the humanities scholar and engagement partner for The Peculiar Patriot at ArtsEmerson, and a mentor for Live Arts Boston, a project of the Boston Foundation supporting Boston-area performing artists, presenters, and producers. Lizzy has performed nationally as an actor in such theaters as Second Stage, The Public Theater, The Long Wharf, Berkeley Rep, and The American Repertory Theater and with such directors as Liesl Tommy, Anne Bogart, and Mary Zimmerman. She has also worked in television, film, and radio.

Lizzy co-edited Enacting Pleasure: Artists and Scholars Respond to Carol Gilligan's Map of Love (2010), she contributed a chapter on the Free Southern Theater's Story Circle methodology to Creating Space for Democracy: A Primer on Dialogue and Deliberation in Higher Education (Stylus, 2019), her work on the freedom songs of the civil rights movement appeared in the roots music journal No Depression and the Journal of the Society for American Music, and her writing on the Urban Bush Women is in Creating Socially Engaged Art: Can Dance Change the World (Fall, 2021).