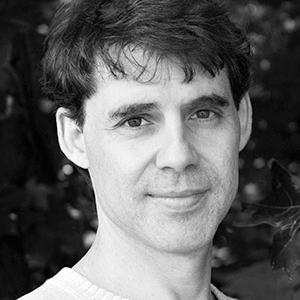 Frederick Reiken is the author of three novels, most recently Day For Night (Little Brown & Co.), which was a finalist for the Los Angeles Times Book Prize.

Reiken's debut novel, The Odd Sea, won the Hackney Literary Award for a first novel and was a finalist for the Barnes & Noble Discover Prize. His follow-up, The Lost Legends of New Jersey, was a national bestseller and a New York Times Notable Book. His novels have been translated into seven languages.

Reiken's short stories have appeared in publications including The New Yorker, Glimmer Train, Gulf Coast, and the Western Humanities Review, and his essays on craft have appeared in The Writer's Chronicle.

Prior to the publication of his first novel, Reiken worked as a reporter, columnist, and nature writer for the Daily Hampshire Gazette. His background also includes having worked as a field researcher in wildlife biology. At Emerson, he teaches creative writing and craft-based literature courses at both the graduate and undergraduate level.