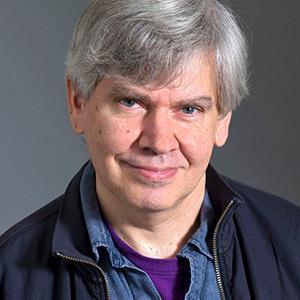 Professor Gianvito is a filmmaker, curator, and critic. His films include the feature films The Flower of Pain, Address Unknown, and The Mad Songs of Fernanda Hussein, winner of multiple awards including having been cited as one of the top ten films of the year by critics in The Chicago Reader, The Boston Phoenix, and Film Comment magazine.

His 2007 documentary, Profit Motive and the Whispering Wind, received considerable acclaim and multiple awards including "Best Experimental Film of the Year" by the National Society of Film Critics and Grand Prize for Documentary Feature at the Belfort EntreVues Film Festival. In 2010, the magazine Time Out (New York) included Profit Motive in a critics' poll of the 50 Greatest Documentaries of All Time.

John Gianvito has had retrospectives of his work at the VIENNALE Film Festival in Austria, I Mille Occhi Festival in Trieste, Italy, the Cinema du Reel Festival in Paris, France, and Frontera Sur in Chile. He is the editor of the book Andrei Tarkovsky: Interviews (University Press of Mississippi). In 2012, Gianvito's film, the collectively-made Far From Afghanistan, received its world premiere at the Locarno Film Festival in Switzerland and its North American premiere at the Toronto International Film Festival. Gianvito's documentary Wake (Subic), which premiered in late 2015 at the VIENNALE Film Festival, was cited as one of the top ten films of 2015 in Artforum, Sight & Sound, and Senses of Cinema. Wake (Subic) had its US premiere in February 2016 at the Museum of Modern Art.  Gianvito's most recent feature, Her Socialist Smile, is a documentary essay on the political imagination of blind/deaf icon Helen Keller. The film received its world premiere at the 2020 New York Film Festival and was voted Best Independent/Experimental Film of the Year by the Los Angeles Society of Film Critics and one of the Top Ten Documentaries of 2021 in IndieWire.

He has taught film production and film history at the University of  Massachusetts Boston, Rhode Island School of Design, and Boston University, and was film curator for five years at the Harvard Film Archive. In 2001, he was made a Chevalier in the Order of Arts and Letters by the French Ministry of Culture.