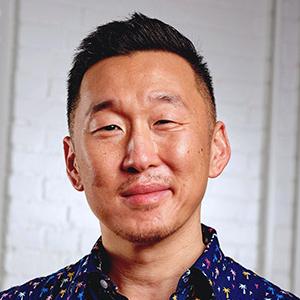 Ougie Pak is a writer and filmmaker whose work has screened in leading film festivals worldwide including Rotterdam, Los Angeles, Tribeca and Busan. He has been a Top-Ten Finalist in Francis Ford Coppola's American Zoetrope Screenplay Contest, a National Finalist in the Student Academy Awards, and the recipient of awards from the National Board of Review and the Korean Ministry of Culture- Film Council.

His debut mid-length narrative feature, SUNRISE/SUNSET, premiered at BAMcinemaFest in 2019 and was acquired for distribution by Grasshopper Film. SUNRISE/SUNSET was picked as a Top 50 American Film by Filmmaker Magazine, and was praised as "quite affecting" by Art Forum, and "a bittersweet romantic escapade worth taking" by Hammer to Nail.

His recent narrative feature, CLYTAEMNESTRA, premiered at BAMcinemaFest in 2021 and was hailed by Richard Brody of The New Yorker as "deftly sketch[ing] both the intimate passions and the perversions of power that emerge in the theatrical hothouse."

He earned his B.A. in English Literature from U.C. Berkeley and attended the Korean Film Council's Academy of Film Arts, the South Korean government's national film school. He is an Assistant Professor at Emerson College, where he teaches screenwriting and directing in the Visual and Media Arts Department.