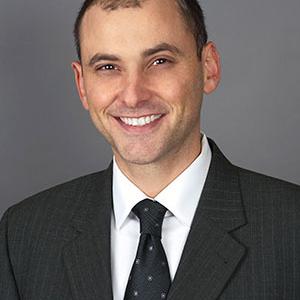 Dr. Joshua Polster teaches courses in theatre history, dramatic theory and dramaturgy. He is a recipient of the Mann Stearns Distinguished Faculty Award, and a member of the editorial board for The Arthur Miller Journal. Dr. Polster was the President of the Arthur Miller Society and currently serves on their Board of Directors. He is the author of Reinterpreting the Plays of Arthur Miller, Methuen Drama's critical edition of Arthur Miller's A Memory of Two Mondays, Stages of Engagement: U.S. Theatre and Performance from 1898-1949, and the editor of The Routledge Anthology of U.S. Drama. His articles have appeared in American Literature Readings for the 21st Century, Ivo Van Hove: From Shakespeare to David Bowie, Arthur Miller''s Century: Essays Celebrating the 100th Birthday of America's Great Playwright, To Have or Have Not: Essays on Commerce and Capital in Modern Theatre, Old Stories New Readings: The Transforming Power of American Drama, Critical Insights, Bloom's Literary Themes, The Arthur Miller Journal, Theatre Journal, The Journal of Religion and Theatre, Texas Theatre Journal, The International Journal of Arts Theory and History, The Ancient Theatre Archive, and Focus: Teaching English Language Arts. Dr. Polster's other publications include entries on theatre and drama for The Scribner Encyclopedia of American Lives and The International Encyclopedia of Revolution and Protest.

His scholarship earned him an American Theatre and Drama Society Fellow, the Michael Quinn Writing Award and a Modern Language Quarterly grant. Dr. Polster has reviewed for Theatre Journal, The Arthur Miller Journal, Choice Magazine, and Twentieth-Century Literature. He has presented papers at the American Society of Theatre Research Conference, Association for Theatre in Higher Education Conference, Mid-American Theatre Conference, American Drama Conference, American Literature Association, Comparative Drama Conference, Arts in Society Conference, Chicago Theatre Symposium, International Eugene O'Neill Conference, and the International Arthur Miller Conference. He has taught at the University of Washington, Roosevelt University, Columbia College and the Chicago Center for the Performing Arts. In addition to his scholarship and teaching, Dr. Polster has directed or assistant directed critically acclaimed plays in London and Chicago. He was the Assistant Director of the Nuffield Theatre in Southampton, England, the Assistant Artistic Administrator at the Goodman Theatre, and the founding Artistic Director of the Steep Theatre Company in Chicago.