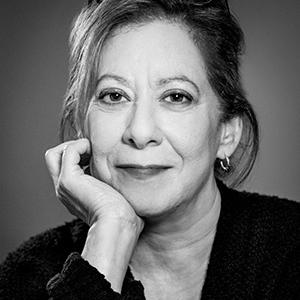 Linda Reisman is an independent film producer who has also served as an executive and college professor. Reisman's most recent film  Leave No Trace, which Debra Granik (Winters Bone) directed, was based on the novel My Abandonment by Peter Rock and stars Ben Foster and newcomer Thomasin Harcourt McKenzie.  The film premiered at the 2018 Sundance Film Festival and internationally in the Directors Fortnight section of the Cannes Film Festival.  Leave No Trace was released in the US by Bleecker Street and obtained an unprecedented 100% on Rotten Tomatoes.   The film received three Spirit nominations, including one for Best Feature, two Gotham nominations; additionally Ms McKenzie was awarded the Breakthrough Performer of the year by the National Board of Review,  Debra Granik was awarded Best Director by the Los Angeles Film Critics Association and the screenplay won the USC Scripter Award for Best Adaptation.

For several years, Reisman was the Head of Production for Francis Coppola's American Zoetrope and supervised development, production, and completion of Zoetrope's slate. Reisman served as Executive Producer on Jeepers Creepers, No Such Thing, Assassination Tango and Pumpkin for the company.

Reisman also produced Waking the Dead, directed by Keith Gordon from the novel by Scott Spencer which starred  Billy Crudup and Jennifer Connelly; and the critically acclaimed Affliction, directed by Paul Schrader and based on the novel by Russell Banks, which starred Academy Award nominee Nick Nolte, Academy Award winner James Coburn, Sissy Spacek, and Willem Dafoe. Other projects she produced include Keith Gordon's Mother Night and Schrader's Light Sleeper, The Comfort of Strangers, and Patty Hearst.

Reisman is a member of the Academy of Motion Picture Arts and Sciences and the Producers Guild of America.  She serves annually as a judge for both the Academy's Nicholl Fellowships in Screenwriting and the Student Academy Awards.