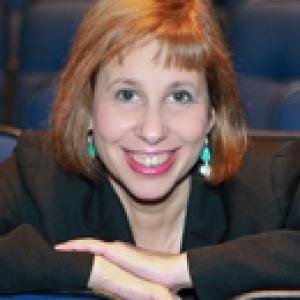 Professor Cook has more than three decades of experience as a respected writer and producer of television and film. She has worked for ABC, NBC, CBS, and PBS as well as for Warner Bros., 20th Century Fox, Columbia Pictures, and Universal Studios.

A member of the Writers Guild of America West, Cook has written for hit television shows such as the top-ten Nielsen rated Full House, the cult classic, Charles in Charge, the nontraditional family comedy, Joe's Life and Rysher Entertainment's crime drama, One West Waikiki.

Cook has served as a writer/producer for Entertainment Tonight, America's Most Wanted, NBC Nightly News, The Today Show, Better Homes and Gardens and the PBS Emmy-award winning children's show Zoom. Her first screenplay, Zachary's Truth was a finalist in the prestigious Chesterfield Writers Film Program and in the Massachusetts Screenwriting Competition, before being optioned by Universal Studios. Her second screenplay, Hit & Run was optioned by Alan Barnette Productions at Universal Studios.

Cook is author of the critically acclaimed book, Write To TV: Out of Your Head and Onto the Screen, 2nd edition (Focal Press/Routledge) used by professional writers, in college classrooms, and by budding writers alike.

Cook has served as a writing mentor to members of the New England Chapter of Women In Film and Video and students at the Perkins School for the Blind. She has also mentored soldiers serving in Afghanistan. As a direct result of that mentorship, Cook teamed with two soldiers and co-wrote a treatment for a comedy pilot about the war in Afghanistan, which she sold to Warner Bros., Jerry Bruckheimer Television and NBC. Cook also served as a consulting producer on the pilot.

At Emerson, Professor Cook co-created the screenwriting program in Visual and Media Arts. To encourage young writer/producers to use their talents for social impact, Cook spearheaded student production of PSAs; including an Associated Press award-winning PSA on the Salvation Army's daycare center for homeless children, and a Boston Mayor's Office supported youth anti-violence message starring members of the New England Patriots, The Boston Red Sox, and the New England Revolution.

While an undergrad at Emerson, Cook co-created The Evvy Awards, which have become the largest student produced live television show in the country, recognized with national awards, including The National Association of College Broadcasters Award and the Telly Award.

Professor Cook is creator and director of Emerson's BFA in Comedic Arts, a first of its kind program in the United States. 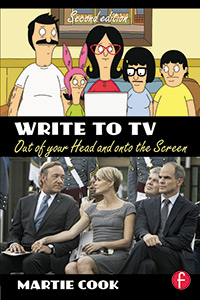