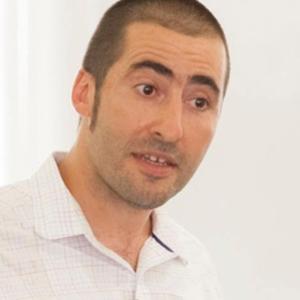 Paul Mihailidis's research explores the nexus of media literacies, community activism and engagement in civic life. He is the Founding Graduate Program Director of the newly launched MA in Civic Media: Art and Practice, a 12-month applied masters program that pairs students with organizational partners to solve problems at scale, and Faculty Chair and Director of the Salzburg Academy on Media & Global Change, a program that annually gathers scholars and students from around the world to investigate media and global citizenship. His most recent books, Civic Media Literacies (Routledge), Civic Media: Technology, Design, Practice (w/ Eric Gordon, MIT Press) and Media Literacy and the Emerging Citizen: Youth, Engagement and Participation in Digital Culture (Peter Lang) explore the ways in which citizens use media to meaningful participate in civic life in the digital age.

Mihailidis has published widely on media literacy, civic, and digital citizenship. In addition to his newest books, he has edited The International Handbook of Media Literacy Education (with Belinha De Abreu, Alice Lee, Julian McDougall, and Jad Melki, Routledge), Media Literacy Education in Action: Theoretical and Pedagogical Perspectives (w/Belinha DeAbreu, Routledge) and News Literacy: Global Perspectives for the Newsroom and the Classroom (Peter Lang 2012). He is co-editing the forthcoming anthology, The International Encyclopedia of Media Literacy (Wiley, with Renee Hobbs), and recently released a report commissioned by the German Institute for Foreign Affairs titled Digital Crossroads: Civic Media and Migration.

Mihailidis is a Senior Fellow at the Engagement Lab at Emerson College, where he has helped secure funded research project totaling over one million dollars. He holds visiting professorships at Bournemouth University in England and Sodertorn University in Stockholm, Sweden. He sits on the advisory board of iCivics, sat on the board of directors for the National Association for Media Literacy Education (NAMLE) from 2008 to 2015, and is the co-editor for the Journal of Media Literacy Education (JMLE). His work has been featured in the New York Times, the Washington Post, Slate Magazine, the Nieman Foundation, USA Today, CNN, and others. As Director of the Salzburg Academy on Media & Global Change, Mihailidis oversees a program that gathers over 60 students and a dozen faculty from five continents for three weeks every summer to create multimedia media literacy products that are used in over 100 countries around the world.