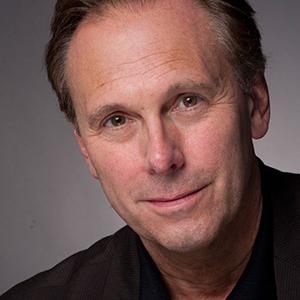 Scott has acted on Broadway (Corpse! and The Golden Age), off-Broadway (including the Ensemble Studio Theatre and Circle-in-the-Square), in London, regionally, on television (including two years on daytime's Search for Tomorrow), in feature and industrial films, and for narrative/character voice-overs (including two Emmy Award-winning segments for PBS).

He has directed across the country, including productions in New York and notably at The Connecticut Repertory where he directed Olivier Award winner Laura Michelle Kelly and Tony Award nominated actors Dee Hoty and Forrest McClendon. Scott has a long association with the Williamstown Theatre Festival in Massachusetts as an actor, cabaret performer and stage manager. In addition to performing in cabarets in New York, including at The Savoy, he has also stage managed on Broadway, at The Manhattan Theatre Club and Circle-in-the Square Downtown and for many LORT/regional productions around the country.

From 1996-2006, Scott served as artistic director of The New Harmony Theatre, a LORT summer theatre in Indiana where he directed 29 productions. He also developed and directed the 2005 production of Thom Thomas' A Moon To Dance By, which marked New Harmony's first world premiere. The play was subsequently optioned and received a Pulitzer Prize nomination for Best Play in 2009.

A native New Yorker, Scott received acting training at The Circle-in-the-Square Theatre School (where he has also taught) and Weist-Barron in New York with additional training in London. In addition to freelance directing, Scott has taught at universities and conservatories since 1986 including Duke University, Rollins College, The University of Utah and the University of Southern Indiana where he served as chair of the theatre department.

For the BFA Musical Theatre program, Scott teaches the Sophomore and Junior MT's in scene study, acting technique, and song interpretation, as well as Shakespeare and Sondheim to the Seniors. Additionally, he directs the annual showcases in Boston and New York and serves as professional orientation advisor and coach for his students and MT alumni.

A long-standing member of The Southeastern Theatre Conference, Scott served as head of the Professional Division and later on the Auditions Committee. He is a member of Stage Directors and Choreographers and is currently on hiatus with Actors Equity Association and SAG-AFTRA.