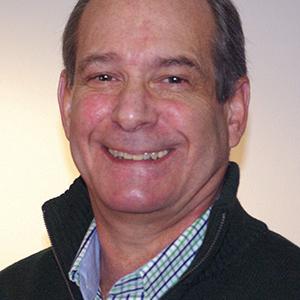 Scott Pinkney has created the lighting for more than 450 productions in a career spanning more than 45 years. Mr. Pinkney serves as a Professor and has been teaching Lighting Design and The Business of Design at Emerson College since 2004. Prior to joining the Emerson faculty full time in 2004, he had served as a Visiting Professor and Guest Artist beginning in 1992.

Mr. Pinkney was represented on Broadway by Harvey Fierstein's Tony Award winning Torch Song Trilogy and The Glines One Act Festival. Off-Broadway credits include the 2013 original production of Mark St. Germain's Becoming Dr. Ruth, Leonard Nimoy's Vincent, Mark Medoff's The Majestic Kid, the original production of Ken Ludwig's Divine Fire, The US Premeir of Cole Porter's Nymph Errant, and the world premier of Morris West's The World is Made of Glass. His regional credits include MALA for both the Guthrie Theatre and the Huntington Theatre Company, Don Juan for the Denver Center (Denver Drama Critic's Circle Award), Living Room in Africa, for Gloucester Stage, My Fair Lady for TheatreVirginia (Phoebe Award), Becoming Dr. Ruth for the Parker Playhouse in Fort Lauderdale, Secret Garden for the Olney Theatre in Maryland and Larry Gatlin's Texas Flyer for Theatre Under The Stars in Houston.

He has designed more than 30 productions for The Barrington Stage Company where he was named an Associate Artist in 2014. Designs there include American Son, Gaslight, An Enemy Of The People, The Other Place, The Best of Enemies, Scott and Hem In the Garden of Allah, Muckrakers, The Whipping Man, The Crucible, A Streetcar Named Desire, Carousel, Uncle Vanya, Follies, West Side Story and Ring Round the Moon. For the Bristol Riverside Theatre, near Philadelphia, he has designed more than 30 productions since its founding, including The Balkan Women (Barrymore Award Nomination), Hamlet, The Dresser, Evita, Chicago, The Robber Bridegroom, Alive and Well, and Dear World, among others. Internationally, he designed ART and Kiss of the Spider Woman for Singapore Rep, and Concerts for The Club Mohamed Ali in Cairo.

In the Boston area, he has recently designed Kiss and the original production of Melinda Lopez's MALA for ArtsEmerson, Ulysses On Bottles for Israeli Stage, for which he received an IRNE Nomination, The Comedy of Errors for Commonwealth Shakespeare, for which he received an Elliot Norton Award, Don Giovanni for NEC Opera, Freud's Last Session, The Whipping Man, Race, Opus and The Last Five Years for New Rep, The Merchant of Venice and Taming of the Shrew for the Actors Shakespeare Project, The Glass Menagerie, Side Show and Adrift in Macao for the Lyric Stage, Insignificance, The How and The Why, We Won't Pay, We Won't Pay, The Sea Horse and Van Gogh in Japan for the Nora Theatre and Titanic, Merrily We Roll Along, Two Gentlemen of Verona, Into The Woods, Grease, and A Midsummer Nights Dream (among others) for Emerson Stage at The Cutler Majestic Theatre.