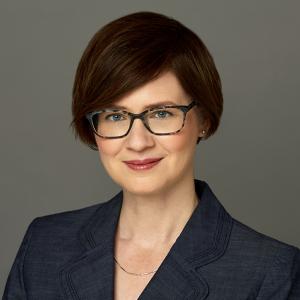 Susanne Althoff's teaching and research interests include entrepreneurship, the business of publishing, and women's media. She has served as an adviser to several student-led start-ups.

Her book LAUNCHING WHILE FEMALE: Smashing the System That Holds Women Entrepreneurs Back was published on October 27, 2020, by Beacon Press. Based on interviews with over a hundred women and nonbinary founders, the book explores entrepreneurship's gender gap and offers a road map for a more inclusive and economically successful future for all. Publishers Weekly said: "Althoff’s incisive, practical guide should be required reading for any entrepreneurial woman."

Before joining Emerson in 2015, she was the editor-in-chief of The Boston Globe Magazine for six years. Althoff worked at the Globe for a dozen years, during which time she relaunched the Sunday magazine, oversaw the creation of digital content, helped create a new free women's publication, and helped pursue new products and revenue streams such as apps and e-books. She worked closely with the Globe's strategic development, advertising, circulation, and production departments.

Althoff was a magazine editor for 22 years. Her writing has appeared in WIRED, The Boston Globe, and other publications. She received her master's from the Columbia University Graduate School of Journalism, specializing in health and science writing.