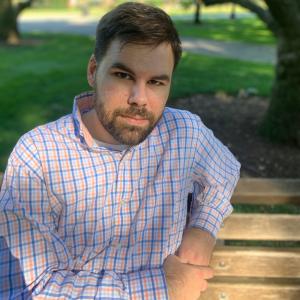 Andrew W. Bell, a member of Emerson College's affiliated faculty, is an historian of the United States in a global context. He specializes in the intersections of science, culture, politics, foreign relations, and empire. In addition to teaching HI235: The History of the United States, he is revising his dissertation, "Archaeologists and American Foreign Relations in a World of Empire, 1879-1945," for publication. His research has been supported by the American Philosophical Society and the Smithsonian Institution, among other organizations, and his work has appeared in the Journal of American-East Asian Relations as well as the edited volume, Excavating Indiana Jones.

Prior to arriving at Emerson, Dr. Bell taught as a part-time lecturer for Boston University's History Department.