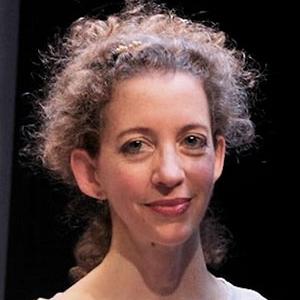 Cass Tunick is a performing artist, writer, and teacher whose embodied artworks provoke an interdependency between physicality, language, imagination, and immediacy. Rooted in Action Theater improvisation, her physical theater practice draws on a composite of Eastern philosophies, somatics, and compassionate action as a way to address healing in society. Action Theater, a comprehensive theater training and practice, draws content/meaning (in the forms of movement, vocalization, and speech) directly from the body into an embodied present, making it an ideal study for actors. She received an M.F.A. in Writing & Poetics from Naropa University and for thirty years has worked closely with theater innovator Ruth Zaporah. Her one-woman show Citizen of Trees, and co-created dance/theater project Totally Other, examine ecology, connective transformation, and the fluidity of identity. She is a founder of Second Nature Company; other theatrical collaborators include InkBoat (Butoh dance), and Reflex Ensemble (experimental music). Solo and collaborative performances have been presented at numerous venues in New York and internationally. She is co-curator of Moment’s Notice through Boston Conservatory, a multidisciplinary improvisation salon. She has served as a visiting faculty member at Boston University and MassArt, and has worked at Emerson for the past five years teaching Movement and Action Theater. She has an ongoing fascination with the nature of being, where the daily body becomes a vehicle for the mind and imagination to express itself visibly.