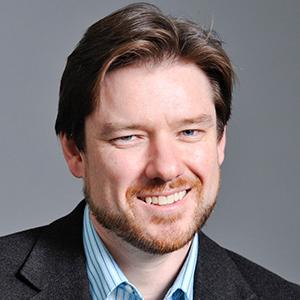 Daniel Gaucher is an accomplished television editor and documentary producer, who has two decades of experience in the entertainment industry. He has worked in the Boston, New York, and Los Angeles markets for both broadcast and cablecast outlets. With his professional achievements as an editor, and producer, Gaucher brings a broad knowledge of all aspects of production to the wide range of projects and institutions with which he works.

After moving to Los Angeles after completing his degrees, he established himself in the production world as one of the original editors for the hit reality series Blind Date. He went on to edit reality and documentary programming including REAL TV, Extreme Engineering and the PBS science series NOVA. His work has aired worldwide on NBC, MTV, Bravo, A&E, UPN, Spike, VH-1, TLC, PBS, History Channel, National Geographic, and the Discovery Channel.

Daniel's current research addresses narrative in a virtual reality environment, and the impact working outside the frame has on the rules of production and post-production.  He completed post-production on the innovative virtual reality feature film (MansLaughter, 2015) which was distributed worldwide by Samsung for the Gear VR.  He directed and co-produced Maren's Rock (2018), a four part VR web-series based on an 1873 murder on the Isles of Shoals.

Currently, he is the Director of the Global BFA in Film Art, a co-degree with Paris College of Art. This international three-year BFA program allows students to rotate between campuses in Boston, Paris and the Netherlands.