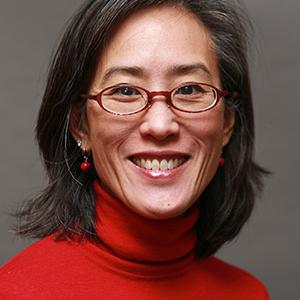 De-nin Deanna Lee is an art historian and specializes in the history of art in China. Dr. Lee's book, The Night Banquet: A Chinese Scroll in Time (University of Washington Press, 2010), examines the long cultural life a Chinese handscroll painting from legends of its tenth-century origins in imperial visual desire and surveillance to textual interventions made by viewers through the centuries, which reveal painting as a technology for performing cultural identity. More recently, she is editor of the anthology Eco-Art History in East and Southeast Asia (Cambridge Scholars Publishing, 2019). Her current research continues to investigate the intersection of environmental concerns and Chinese landscape.

Dr. Lee has contributed to anthologies and museum catalogs, including The Five Dynasties and Ten Kingdoms (Chinese University, 2010), A Companion to Asian Art and Architecture (Blackwell, 2011), and China's Imperial Modern: The Painter's Craft (University of Alberta, 2012). Her work has also been published in Archives of Asian Art, Word & Image, Journal of the American Oriental Society, and Journal of Song-Yuan Studies. She has been the recipient of a NEH summer stipend and Fulbright Grant. Before coming to Emerson, she taught at Bowdoin College and Deep Springs College.