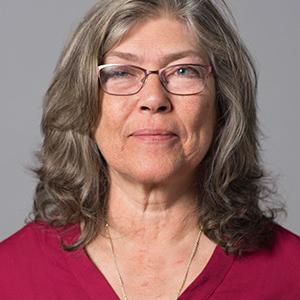 Elizabeth's Baeten primary teaching responsibilities are in the Ethics and Values Perspective curriculum. Though a philosopher by training and temperament, Professor Baeten's interests are broadly interdisciplinary; for example, she has worked with sophomore Honors students on the implications of evolution and natural selection on our conceptions of morality.

Professor Baeten's first book, The Magic Mirror: Myth's Abiding Power, is an interdisciplinary examination of myth as a particularly potent cultural force—even our contemporary theories about myth play a role similar to that played by ancient mythical narratives in their original cultural contexts. Her current work in philosophy of biology examines our scientific narratives and how these, like mythic narratives, shape how human beings experience the most fundamental aspects of existence. Of particular interest are evolutionary biology, evolutionary ethics, and evolutionary psychology, which she explores in several of her courses. She has also published essays in these areas, which have appeared in Contemporary Pragmatism, Studies in Practical Philosophy, The Pluralist, and elsewhere.