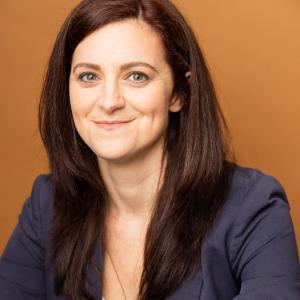 Erin Schwall is an actor, comedic performer, director, and educator. Schwall teaches courses on improvisation for actors, comedic improvisation, sketch comedy, acting fundamentals, and acting for the camera. As an improv and sketch comedy performer, Schwall has trained and/or performed in theaters all over the country, most notably The Groundlings, The Comedy Store, and Second City Chicago. She was the Co-Founder of Laughing in Circles, an improv based entertainment company in Los Angeles. Her television credits include the FOX pilot Dirtbags, and hosting the travel show, SoCal NOW!, on KCAL9. At Emerson College, Erin led and directed the devised piece Won't Stay Silent dealing with stories of sexual violence, worked with the Healing and Advocacy Collective to devise and produce a Bystander Intervention Training theater piece, and directed the all women sketch comedy shows Make Me a Sandwich and Just Got Back from Claire's. With the Center for Comedic Arts, Erin founded and serves as faculty Chair of ComEx!, an annual comedy festival held in the Spring to celebrate comedic talent at Emerson College. In addition to Emerson, she has taught courses and workshops at the National Theater Institute at the Eugene O'Neill Theater Center, Rhode Island School of Design, and LA Connection Comedy Theater. Erin has a B.A. in Theatre Studies, an M.A. in Theatre Education, and an M.F.A. in Theatre Education and Applied Theater from Emerson College.