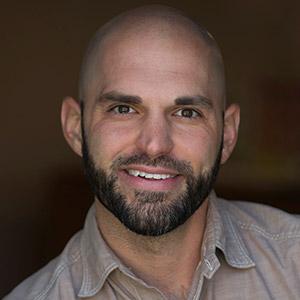 Gino Canella is a researcher, educator, and documentary filmmaker. He is currently an assistant professor of journalism in the School of Communication at Emerson College.

Gino’s research and creative projects explore media activism, documentary, and labor. Gino produces films with grassroots organizers and studies how collaborative media production has the potential to foster meaningful relationships among people fighting for justice. He is interested in how the affective nature of media complements traditional community organizing and promotes democratic citizenship.

Gino has traveled the world as a researcher and filmmaker. In 2012, he filmed, wrote, and edited his first documentary film, The British Pub, Inc., which aired on public television in the U.K. In December 2016, Gino co-directed a documentary in Dakar, Senegal about a community theater troupe that is mixing performance art and religious expression. The film was selected for screening at the 2019 Ethnografilm Festival in Paris, France. His multimodal dissertation at CU Boulder included the 23-minute documentary Radical Labor that detailed how union organizers in Colorado are working with community groups to fight for economic and racial justice. It was published online by Roar Magazine in March 2018. Activist Media, his book based on this work, was published in May 2022 by Rutgers University Press. His latest film, Front Line (2021), covered the historic nursing strike at St. Vincent Hospital in Worcester, Massachusetts.

Informed by media theory, the book explores how activists are using media to mobilize supporters, communicate their values, and reject anti-union rhetoric. Furthermore, it demonstrates how collaborative media projects can help activists build broad-based coalitions and amplify their vision for a more equitable and just society.

This article explores journalists’ role as truth tellers by investigating the distinctions journalists draw between journalism and activism. Relying on 30 in-depth interviews with journalists and theories of media power, objectivity, and epistemology, two key themes are discussed: (1) narrative framing and style, and (2) the economics of objectivity within digital media. Examining journalism as culture, I offer a theory of journalistic power—the recognition that journalism is never neutral, truths are never disinterested, and journalists’ epistemic practices are influenced by the power dynamics embedded in the sociopolitical and historical contexts in which they work. This study reveals how the political economy of digital media and activist media-makers are complicating journalists’ truth claims, upending journalistic routines, and redefining the field. Journalism scholars and practitioners must identify the spaces of media power during all stages of news production and distribution.

In May 2020, New York Times media columnist Ben Smith critiqued Ronan Farrow, charging Farrow with practicing “resistance journalism.” Smith’s column generated significant discussion among journalists. This article analyzed the metajournalistic discourse that emerged following Smith’s column to examine how journalism’s boundaries are negotiated and contested. “Resistance journalism” has three main elements: it is unobjective, targeted, and truth-bending. “Resistance journalism” falls outside of the boundaries of journalism, according to the discourse, due to three practices: it lacks verification, focuses on narrative, and has a propensity to advocate. We argue that the current political economic and technological disruptions within digital media and networked society are creating new spaces for the rhetorical competition over journalism to occur, upending journalistic routines and creating hybrid journalism cultures.

Black Lives Matter 5280 (BLM5280) posts an image on its Facebook page each morning with the caption ‘Good morning #Beautiful people. #BlackIsBeautiful.’ The images in this series often depict Black people in ways that challenge heteronormative conceptions of family and white beauty standards. Through feminist visual culture and digital ethnography, I show how BLM5280’s photo series leverages the radical legacy of Black hair to claim symbolic and political power. I discuss my work as an allied filmmaker with the group, and examine BLM5280’s online practices in relation to its local organising. Although curating images on social media may not, in itself, bring about social change, this cultural practice plays an important role in shaping perceptions of Blackness, amplifying the voices and agency of underrepresented people, and strengthening the social and emotional well-being of BLM5280’s online and offline communities.

This documentary features the historic nurses strike at St. Vincent Hospital in Worcester, Massachusetts. At the center of the strike is a concern about working conditions and staffing, specifically the high nurse-to-patient ratio that nurses say makes it difficult to provide safe and sufficient care to every patient.

This documentary, co-directed by Brian Valente-Quinn and Gino Canella, looks at how Mouridism has manifested in another cultural format: theatre. The film documents the 1970’s Senegalese theatre troop Bamba Mos Xam and its contemporary counterparts La Compagnie Sant Yalla, and provides extensive commentary about Mourdism through intellectuals and artists, including Yelimane Fall.