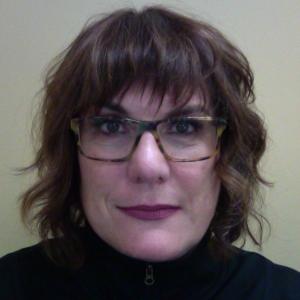 Jacqueline Romeo has been trained as a performer, director, and scholar.

As a performer, her emphasis has been on intercultural experimental theatre with artists from Japan, Bali, and China, most notably in Caliban Remembers: a Balinese Tempest at New York's La Mama Experimental Theatre Club. She has also worked as a farceur in French Farce in Action, a Boston-based acting troupe that performed 15th-and 16th-century French comedies in their original language.

She has directed several productions in Boston, including These Four Walls, an original play based on the life of Charles Gibson for the Gibson House Museum and the Boston Athenaeum, and the area premiere of Abla Faroud's Game of Patience at the Actor's Workshop. She wrote and directed Scandal on the Stage: Banned Theatre in Boston at the Old South Meeting House, and was also involved in staging several of Dante's cantos for the Isabella Stewart Gardner Museum's season of "Dante at the Gardner."

Additionally, she has taught and directed in Shanghai, China, where she founded a multimedia performance group led by students in the foreign language department at the University of Shanghai for Science and Technology.

Her scholarly endeavors have been highlighted in Toronto Slavic Quarterly, Theatre History Studies, and Puppetry International. Her main area of inquiry has been 19th- and early 20th-century popular culture, especially American frontier melodramas and its representations of Chinese immigrants.

Currently, Dr. Romeo teaches courses in popular culture and visual culture. When not teaching, she can be found training dogs at the Massachusetts Society for the Prevention of Cruelty to Animals in hopes that she will have her own dog circus one day.