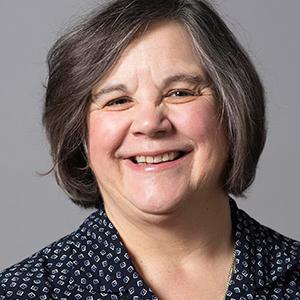 Prof. Janet Kolodzy brings more than two decades of professional journalism experience in print and broadcast news to her teaching and research of convergence journalism.

Before coming to Emerson in 1998, Prof. Kolodzy had been a reporter, writer, and producer, including serving as Senior Writer/Editor at CNN International, Senior Producer at CNN World Report, and Assistant State Editor at the Cleveland Plain Dealer. She was a University of Michigan Journalism Fellow in 1990-91, concentrating her study on Eastern European history, politics, and culture.

At Emerson, Kolodzy developed a specialized interest in the area of convergence and multimedia. She was a regular presenter at the annual "Convergence and Society" conferences by the University of South Carolina 2002-2013 and has spoken about convergence journalism on numerous panels at the Broadcast Education Association and the Association for Education in Journalism and Mass Communication conventions.

She is the co-founder of the Emerson College High School Summer Institute in Journalism. In the summer of 2014, she was a Mellon Foundation scholar-in-residence at Rhodes University in Grahamstown, South Africa. She was also a presenter at the 2014 Highway Africa media conference.

Prof. Kolodzy now serves as chair of the Dept. of Journalism, where she works with faculty and students to enhance the program's reputation as a top innovator in journalism education.