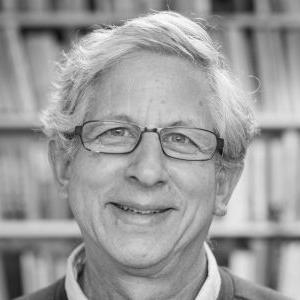 Jim Tober’s comprehensive outlook on economics began when, as an undergraduate at Berkeley, he became fascinated with how societies organize their members for productive activity. Jim went on to make economics a vital element of interdisciplinary study at Marlboro, especially in the area of environmental studies.

“I like motivated, independent, curious, quick-witted students who appreciate the importance of disciplinary knowledge but who are attracted to the interesting questions that lie at the intersection of disciplines,” says Jim. He organized his teaching around two broad inquiries: the first concerns the analysis and comparison of economic systems, their histories and development; the second addresses public policy and collective decision-making, especially as related to the natural environment. To help Marlboro students probe these issues, he offered the basics of micro- and macro-economic theory, as well as courses and tutorials such as Philanthropy, Advocacy and Public Policy, Topics in U.S. Environmental History, Environmental Economics and Policy, Who Owns the Land? and Decision-Making: Individual, Interactive and Collective.

Jim’s long-term research on wildlife policy has led him to author two books: Who Owns the Wildlife? The Political Economy of Conservation in Nineteenth Century America (1981) and Wildlife and the Public Interest: Nonprofit Organizations and Federal Wildlife Policy (1989). His current research interests range from planning strategies among nonprofit human service agencies in rural Vermont to economic development in South Asia and the protection of global biodiversity. Several research trips, most recently to look at wildlife management in Namibia and study the nonprofit sector in Bangladesh, have enlarged his global perspective and informed his teaching.

Jim was instrumental in forming the first interdisciplinary environmental science program in the early 1970s. He worked with other faculty, including those at the graduate school, to offer a more broadly based, structured and vital area of study for environmental studies students.

Jim has been a longtime member (and former chair) of the Marlboro Planning Commission, which guides development decisions in the town. He was a board member of the Hogback Mountain Conservation Association during the acquisition of this town park property, and is now a member of the town commission governing its management. These activities supported Jim’s research and teaching on land use and environmental policy, providing practical, place-based case studies for students.

Jim was hired by Marlboro College in 1973.