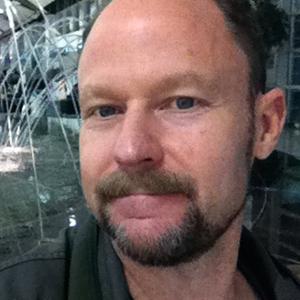 Joe Keener III has worked as a scenic artist for over 20 years, on projects ranging from theater productions to theme parks, television and feature films. He has a broad knowledge base that includes a wide variety of painting techniques, tools and application methods; from theatrical drops and murals to decorative faux finishing, industrial and fine art. Examples of Joe's painting work have been seen by guests at theme parks in Japan, Belgium, Texas, New Jersey and his native Florida, including work for Sea World, Disney's Animal Kingdom, Universal Studios and Universal Studios' Islands of Adventure.

As a scenic artist for the theater, Joe has painted scenery for Scenic Designers such as Hugh Landwehr, Loy Arcenas, Marjorie Kellogg, Michael Anania and Tony Straiges. He has been the Charge Scenic Artist for the Connecticut Repertory Theater and Assistant Scenic Artist at The Cleveland Playhouse.

As a member of IATSE 491, Joe has painted sets for the CW/Warner Brothers television series One Tree Hill and Fox Television's Sleepy Hollow. He has worked as a scenic artist on feature films, including Jeepers Creepers, The Strangers, Iron Man 3 and Masterminds.