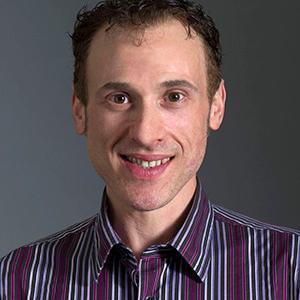 Ken Feil is the author of Rowan and Martin's Laugh-In (Wayne State University Press, 2014) and Dying For A Laugh: Disaster Movies and The Camp Imagination (Wesleyan University Press, 2005). Ken has also commented on various events and issues in popular culture for the New York Times, NPR, the Boston Herald, the BBC, and CNBC. Recipient of a National Endowment for the Humanities "Enduring Questions" grant, Ken is currently developing the global comedy course "Laughing at / Laughing with: How Does Comedy Unite and Divide?"

Ken's other publications include "Post-Closet and Post-9/11: The Bromantic Imagination of Disaster in This is the End and I'm So Excited!" in After 9/11: Complicating the Representation of Trauma, Ideology, and Nationalism in Post-9/11 Literature and Media (Rowman and Littlfield, 2015), "From Batman to I Love You, Man: Queer Taste, Vulgarity and the Bromance as Sensibility and Film Genre " in Reading the Bromance (edited by Michael DeAngelis, Wayne State UP, 2014) and "'Fearless Vulgarity': Camp Love as Queer Love for Jackie Susann and Valley of the Dolls" in Queer Love in Film and Television (edited by Pamela Demory and Chris Pullen, Palgrave Macmillan, 2013). Ken also written on the films What's New, Pussycat? (Convergence Media History, edited by Janet Staiger and Sabine Hake, Routledge Press, 2009) and Kiss Me, Stupid  (Billy Wilder, Movie-Maker: Critical Essays on the Films, edited by Karen McNally, McFarland, 2011).