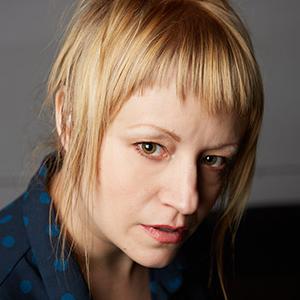 Other film and television work includes performances on/in CSI, Gilmore Girls, Six Feet Under, The Pretender, Jimmy and Judy, Strong Medicine, and Miranda July's seminal film Nest of Tens. Lindsay's recent stage performances include Grapes of Wrath (Grandma), The Bacchae, Flash, and The Faust Projeckt. Recent devising/directing work includes the multi-media full-length performance 38 1/2, as well as Wigs, which was developed with support of UC Davis's Institute for Theater, Dance, and Performance. Her film directing work includes the experimental short In Can Can Descent, which was nominated for Best Experimental Short at the South by Southwest Film Festival, and played at the NY and Chicago Underground Film Festivals.

Recognition for Lindsay's creative writing includes the 2011 Iron Horse Discovered Voices Award, and she was the Iron Horse nominee for the 2012 Pushcart Anthology. In her graduate studies at UC Davis, Lindsay received the Provost's Fellowship for the Arts and The John Shields Award in Acting. Lindsay is a proud member of SAG/AFTRA.