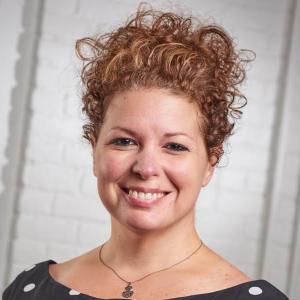 Maria Scott teaches Public Relations and Sports Communication courses in both the undergraduate and graduate programs. Dr. Scott comes with more than 10 years of teaching experience and more than 20 years of experience as a journalist and Public Relations professional. Her career as a sports journalist started with the Tampa Tribune before she moved to the Philadelphia area and the Journal Register Company. Dr. Scott transitioned into Public Relations working for the Tampa Bay Super Bowl XXXV Task Force before moving to the ESPN where she was the publicity and community relations specialist for all ESPN event properties such as the X Games, Winter X Games, ESPY Awards…etc. Dr. Scott moved from Los Angeles to South Florida where she managed Public Relations for the Miami Open (formerly Sony Ericsson Open or NASDAQ-100) and then moved to the South Florida Super Bowl XLI Host Committee. In 2007, Dr. Scott opened her own consulting firm while teaching full-time. Scott has assisted with events and publicity for: Michael Irvin’s PlayMaker Charities and Foundations, Battle of the Beauties, Sports Employment Inc., Dwight Stephenson Foundation and the National Salute to America’s Heroes presented by Hyundai. In 2017, Scott transitioned and opened a small business with a partner forming Elles Wesgate, Inc. In her role as a professor at the University of Miami, Dr. Scott has designed programs in New York and abroad in Scotland and has developed relationships with organizations such as: Comic Cure, Hard Rock Energy, NASCAR, NFL, NHL, PGA Tour, St. Jude Children’s Research Hospital and many local non-profit and small businesses. Since joining the Emerson College family, Dr. Scott has worked with Emerson Launch and Voice @ Emerson as well as her students to create and launch Voicelets on the Amazon Alexa platform as a voice component to the curriculum. Additionally, in Fall 2018 she became the Emerson College Chapter Public Relations Student Society of America Chapter Faculty Advisory. In Spring 2019, she also added on serving as the Emerson Dance Company Faculty Advisor.