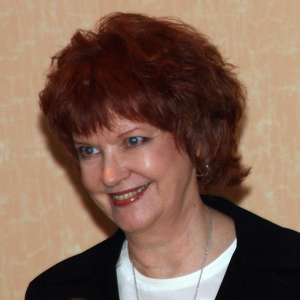 Dr. Harkins was the of the Theatre Design/Technology program and her field is costumes. Before coming to Emerson, she held faculty and professional staff positions at Moorhead State University, Tufts University, and Cornell University, where she designed and taught classes in fashion history, design, and pattern construction

After coming to Emerson, she designed for several local professional theaters, including Boston Shakespeare Company, Boston Lyric Opera, and Opera Company of Boston as well as Equity Library Theatre in New York. She has also designed for such regional institutions as Middlebury College, Salem State University, and Bates College. While in the department, Dr. Harkins served as associate chair and as acting chair. In 1987, she began her career in the College's administration, first as associate dean and then as associate vice president for academic affairs. She was a member of United Scenic Artists local 829 from 1982 to 1992, at which point she resigned to continue her work in administration. In 1993, Dr. Harkins resumed her position in the Performing Arts Department in the Design/Technology program. Her current scholarly focus is on the impact of culture on clothes that is featured in two classes: American Clothes in the Twentieth Century and History of Fashion and Décor. Her most recent project was assisting in the creation of a joint educational venture with Bobbi Brown Cosmetics, the Bobbi Brown Program in Makeup Artistry at Emerson College.