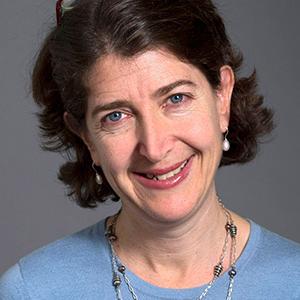 Professor Melia Bensussen is the recipient of an OBIE Award for Outstanding Direction, and has directed extensively around the country and in New York. Theatres where she has directed include Huntington Theatre, Merrimack Repertory Theatre, Baltimore Centerstage, Hartford Stage Company, Oregon Shakespeare Festival, La Jolla Playhouse, the New York Shakespeare Festival (where she was an Artist in Residence for many years), Manhattan Class Company, Primary Stages, the Long Wharf, Actors Theatre of Louisville (Humana Festival), People's Light and Theatre Company (Barrymore nomination for Best Direction), San Jose Rep, and many others.

She was twice given Directing Awards by the Princess Grace Foundation, USA, and is a recipient of their top honor, the Statuette Award (for Sustained Excellence in Directing). Her edition of the Langston Hughes translation of Garcia Lorca's Blood Wedding is in its ninth printing by Theatre Communications Group.

She is a featured artist in Women Stage Directors Speak, by Rebecca Daniels (published by McFarland and Company), and her production of Twelfth Night at the Oregon Shakespeare Festival is featured in Women Direct Shakespeare, by Nancy Taylor (published in 2005 by Fairleigh Dickinson University Press).