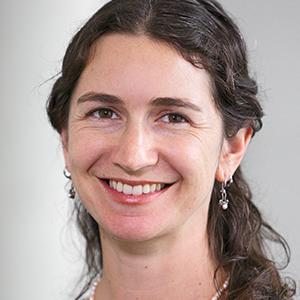 Gellman's second monograph, Indigenous Language Politics in the Schoolroom: Cultural Survival in Mexico and the United States, looks at how heritage language learning operates in high schools as a tool for young people to resist culturecide—the intentional killing of culture. She uses collaborative methodology to work with Indigenous community stakeholders in far Northern California and southern Mexico to document, via interviews, focus groups, surveys, and observations, the impact of culturally conscious curricula in formal education. The book addresses identity formation processes for students enrolled in Yurok and Zapotec language classes in order to assess how language politics impacts student experiences of civic, cultural, and political participation.

Gellman's first monograph, Democratization and Memories of Violence: Ethnic Minority Social Movements in Mexico, Turkey, and El Salvador (Routledge 2017) examines how some communities use memories of violence in mobilizations for cultural rights, particularly the right to mother tongue or heritage tongue education. She argues that violence-affected communities use memory-based narratives in order to shame states into cooperating with claims for cultural rights protections, and she shows that shaming and claiming is a social movement tactic that binds historic violence to contemporary citizenship. Gellman has published widely on issues of human rights, democratization, education, and methodology in journals such as PS: Political Science and Politics, the British Journal of Sociology of Education, Latin American and Caribbean Ethnic Studies, International Journal of Critical Indigenous Studies, and Democratization.

Gellman is also the founder and Director of the Emerson Prison Initiative (EPI), which makes college available to incarcerated students at Massachusetts Correctional Institution (MCI) at Concord, a men's medium security prison. Gellman works with the Massachusetts Department of Correction, Emerson College, and other partners to bring an Emerson College Bachelor of Arts in Media, Literature, and Culture to incarcerated students. She is the editor of Education Behind the Wall: Why and How We Teach in Prison (Brandeis University Press 2022) and co-editor of Unlocking Potential: Education in Prison Around the World (Brandeis University Press 2024, forthcoming).

Gellman serves as an expert witness for asylum hearings in US immigration courts regarding country conditions and violence in El Salvador and Mexico. She is the Vice President of the Human Rights Section of the American Political Science Association (2022023) and will serve as Section President in 2023-24. Gellman is a former US Fulbright Scholar in Mexico, a former Rotary World Peace Fellow, and is the Senior Fellow at the Leibniz Institute for Educational Media in Braunschweig, Germany in 2022. Prior to joining the faculty at Emerson College, Gellman was a Postdoctoral Fellow at the Centre for Global Cooperation Research, Käte Hamburger Kolleg, University of Duisburg-Essen, in Duisburg, Germany.

Gellman holds a PhD in political science from Northwestern University, an MA in international studies/peace and conflict resolution from the University of Queensland, Australia, and a BA in political studies from Bard College. She has lived, worked, and studied on six continents, and may skip Antarctica in this lifetime.

At Emerson, Gellman's courses are part of the following minors: Political Science, Global and Postcolonial Studies, Peace and Social Justice, and Latin American and Latinx Studies.

She teaches the following courses: Mneesha Gellman is the founder and Director of the Emerson Prison Initiative, which offers a BA program in Media, Literature, and Culture for incarcerated students at Massachusetts Correctional Institute at Concord, a men's medium security prison: epi.emerson.edu.