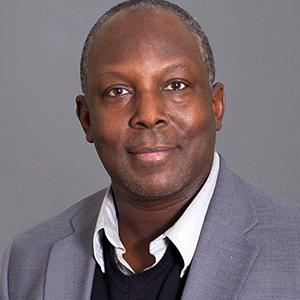 Roger House, associate professor in American Studies, is author of Blue Smoke: The Recorded Journey of Big Bill Broonzy.  The book was published by Louisiana State University Press in 2010 and was selected as a 2011 finalist for Excellence in Historical Writing by the Association of Recorded Sound Collections. He was featured in the BBC TV documentary, "Big Bill Broonzy: The Man Who Brought the Blues to Britain" in December 2013.

His current book is "South End Shout: Boston's Forgotten Music Scene in the Jazz Age," under contract with Michigan Publishing. His commentary on topics of Africana politics and cultural history has been published in "The Daily Beast," "The New York Daily News," "The Hill," "The Brooklyn Eagle," "The Baltimore Afro-American," "The New York Amsterdam News," "Black Star News," "Blavity," and "Modern Ghana News," among other periodicals.

Dr. House has published Victory Stride, a multimedia blog on the Africana history of Emerson College. The site is archived as a research guide in the Iwasaki Library and can be located at victorystride.com. It chronicles the key policies of the administration of M. Lee Pelton, the first African American President of Emerson from 2011 to 2021, and important documents in the Black experience at the College. He also has produced radio programs on Black history for National Public Radio and was a staff writer for The Providence Journal in Rhode Island.