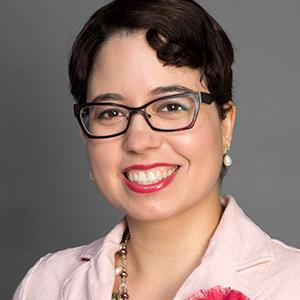 Dr. Sarah Zaidan is a game designer, artist and scholar. Her work is interdisciplinary and combines her research and creative practices with video games and superhero comic books; with a focus on how identity is enacted in the spaces they create.

She completed her doctorate under the supervision of art and cultural theorist Dr. Christopher Horrocks, and media and Batman scholar Dr. Will Brooker. Her dissertation took the form of an interactive media experience, charting the visual and conceptual evolution of the male superhero in Western culture over seven decades.

Along with Dr. Brooker and animation artist Susan Shore, Dr. Zaidan is one of the creators and illustrators of the metatextual superhero comic My So-Called Secret Identity. She is a research fellow at the Engagement Lab, and was a consultant on Echoes of the Past: Downfall of the Stampman, an alternate reality game developed with the Bostonian Society to commemorate the 250th anniversary of the Stamp Act Riots in August 2015. The game invited the community of Boston to relive this historic event by solving a mystery that encompassed the city's downtown core. She is presently developing a video game that celebrates the cultural importance of female superheroes.

Dr. Zaidan has written for The Journal of Fandom Studies (forthcoming, Intellect), and is a member of the International Journal of Gaming and Computer-Mediated Simulations' review board. She has contributed to the anthology Assemble! The Making and Re-Making of the Marvel Cinematic Universe (forthcoming, McFarland Publishers), and has contributed artwork to The Global Game Jam (2015).

She teaches classes on game design, the history of media, and the intersections between mass media and society, and contributes courses and advising through the Institute for Liberal Arts and Interdisciplinary Studies.