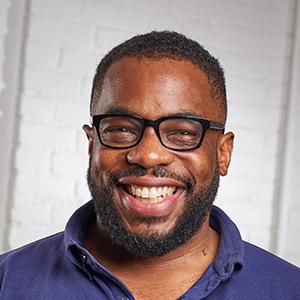 Wes has over 20 years experience as an entrepreneur and innovator in the music business. His career began producing concerts for Nas, The Roots, The Dave Matthews Band, The Fugees, and A Tribe Called Quest. He then went on to start his own promotions company, Seven Heads Entertainment and helped launch the careers of Yasiin Bey (Mos Def), Talib Kweli, El-P (Run The Jewels), Common and others.

Under Wes' leadership Seven Heads then expanded into a boutique independent record label and management company. Music from the Seven Heads Roster was included HBO's "The Wire", the film "Brown Sugar" and scored the theme to the "The Boondocks".

In 2005 Wes founded the Brooklyn Hip-Hop Festival with the mission to create a world class event to honor Hip-Hop music and culture. The Festival has hosted a range of amazing talent including: Jay-Z, Kanye West, and Kendrick Lamar.

In 2006 Wes created The Bodega Agency which produces the Brooklyn Hip-Hop Festival as well as serve as a multifaceted media company.

Wes has taught at the City University of New York and has consulted for Jazz At Lincoln Center, MTV, Grammy Camp and VH1.

A member of Omega Psi Phi Fraternity, Inc. Wes is a proud father of three beautiful kids with his wife and business partner, Ebonie.