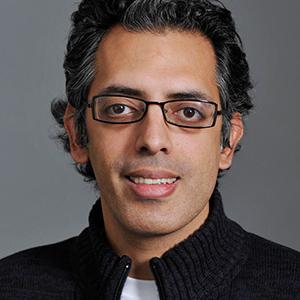 He specializes in colonial history, racial identities, and the production of postcolonial space in marginal sites in France and its colonial territories. His research engages with Foucauldian and Fanonian perspectives and is primarily concerned with how French colonial rule designed urban spaces to shape lives and identities. Through archival and ethnographic investigation, he explores the travelling (in time and space) of knowledges within the colonial circuit.

More recent research explores the importance of urban settings in shaping national identities during the Arab revolts (Egypt and Syria). More specifically, by investigating the confluence of arts and culture and urban spaces, it analyzes the making and un-making of national identities. While labor strikes, marches, demonstrations, and civil disobedience were vital in toppling authoritarian regimes in several Arab countries, the investigation explores the role of artistic transgressions within public spaces in challenging the deference and violence of totalitarian regimes.

He recently published entries in The Blackwell Encyclopedia of Literary and Cultural Theory and The Blackwell Encyclopedia of Globalization. He has written book chapters and journal articles on media analysis, Afro-French identities, and political economy. In addition, his articles appeared in the Arabic dailies, As-safir and An-nahar. He is currently working on several projects among which a book chapter on the relevance of Frantz Fanon in the context of the Syrian Uprising.