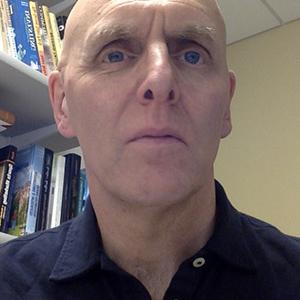 Paul Hackett is an active teacher and researcher. His research and teaching is rooted in the category-based system for understanding complex behavior known as facet theory. His interest in ontological categories has expanded from facet theory, to mapping sentences and then to metaphysics and ontology in a more general sense. He has published books and papers in this area.

Paul currently holds a visiting chair (full professor) in the Department of Psychology, School of Natural and Social Sciences, University of Gloucestershire, Cheltenham, UK (2016-2019). He is also a visiting researcher at Cambridge University, UK, in the Department of Psychology. Here, he is working with Professor Nicola Clayton in her Comparative Cognition Lab on the development of a structural model for Corvid cognition and with Jessica Schwarzenbach on the attitudes of scientists working in avian cognition.

During 2015-16, Paul was a visiting academic in the Philosophy Department at Oxford University, UK, where he conducted research into structural ontologies. More specifically, these ontologies were associated with human visual perception of abstract fine art. His work at Oxford has led to the publication of two books and an exhibition of his artwork, which is based upon his research and writing.

While at Birmingham University Business School, Paul developed his interested in the consumer research theory and structural (psychological/behavioral) explanations of consumer behavior. His research interests focus upon facet theoretical and qualitative approaches to research especially as this applies to consumer psychology research, situated consumer behavior and store design and the measurement of consumert behavior in a variety of settings.

Hackett has published numerous books, chapters, and journal articles in the area at the intersection of research methodology, psychology and philosophy.

His books include: Conservation and the Consumer: Understanding Environmental Concern, (Routledge  1995),

Facet Theory and the Mapping Sentence: Evolving Philosophy, Use and Application,(Palgrave McMillan, 2014),

He is involved in several other writing projects.

His research and writing has appeared in many prestigious journals, including Psychometrika, International Review of Retail, Distribution, and Consumer Research; Environment and Behavior; the British Journal of Management; Multivariate Behavior Research, and others. Dr. Hackett is a chartered psychologist also an associate fellow of the British Psychological Society, a fellow of the Massachusetts Psychological Association, the Royal Anthropological Institution and a member of the Facet Theory Association.

A practicing and showing artist, his mixed media paintings draw heavily on neuroscience to depict the physiological and psychological basis of visual perception, have been exhibited in England, Wales, Scotland, Iceland, and the US.